Tips was the golden dream envisioned by two brothers – Mr. Kumar S. Taurani & Mr. Ramesh S. Taurani In a small shop situated in the crowded wholesale market of Lamington Road, the hub of the Bombay’s music industry, a big idea had found wings.

In 1975, the Taurani brothers used to trade in LP’s (Long Playing Phonograph Records) for three of the biggest companies in India – HMV, Music India & CBS. By 1977, they had become the biggest dealers for these companies in Western India.

Encouraged by their first grand success, the Taurani brothers were determined to make their dream see the light of day. Driven by ambition, they put forth several ideas which went into creating their own record label. Along with a few trusted friends, they analyzed the market, derived their strengths, evaluated their business plans meticulously and went opportunity shopping. After countless days of burning the midnight oil, the dream took the form of ‘Tips’. What began on a very small level is today, is one of the largest corporate houses in the field of music and films.

Here is a brief profile on the founders of Tips: 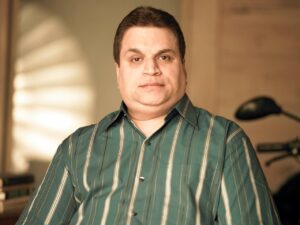 Mr. Ramesh S. Taurani has an experience of about 24 years and manages the activities related to the producers for purchase of audio rights, producing musical software and co-ordinating with artists.

The forte of Tips, apart from selecting the right kind of music, lies in music promotion. Tips has always been powered by innovation. Their marketing approach has been a stupendous success winning them great acclaim. The ability of the company to adapt itself to changing market trends has been proved extremely relevant in its success. Tips has been the trendsetter as it has always stayed a step ahead of the industry. Tries to catch up.

Tips today owns 3,500 titles of which a minimum of 10 have been 10 million sellers, and over 15 have grossed more than 5 millions in sales and another 20 have bagged sales of about a million. Since the year 1981, Tips has the highest number of gold and platinum discs to their credit in comparison with any other record label in India.

Similarly, Tips boasts of its own distribution system. It possesses a set of distributors handling only Tips products, an exceptional phenomenon in the Indian music industry as mostly distributors are found dabbling in the product of more than one record label. This team of distributors serves more than 1000 wholesalers across the length and breadth of the country who, in turn, serve more than 4,00,000 retailers.

Tips also owns two factories which use internationally recognized, state of the art machines specially imported from Italy and Denmark, such as Otari, Lyrec and Tapematics. These factories incorporate digital bin mastering facilities, work on just-in-time inventory management system and use in-house logistics facilities to deliver more than 1,50,000 cassettes per day to the Indian market.

In what serves as a testimony to the company’s success, Tips has offices located in the United States, Dubai and England where it operates via its licenses. It also distributes products in South Africa, Israel, Malaysia and is currently looking for aggressive distribution and expanding its repertoire in other markets.

As another ace up its sleeve, Tips has now entered the area of film production. Under its banner, Tips has already produced ‘Footpath’, ‘Ishq Vishk’ and ‘Fida’ in the last couple of years. In spite of being the youngest entrant into the Indian film industry as producers, it already has three films under production. It has started experimenting with different forms of distributions, which is in keeping with the Tips tradition of setting trends.

After changing the face of the Indian Music Industry, this corporate genius has now spread its wings over the creative skies of Indian filmdom.

Mr. Kumar S. Taurani is the Founder, Chairman and Executive Director of the Company. Kumar Taurani’s sharp business acumen and his passion for movies from an early age led him to diversify from his family’s electronics business into music distribution, production and eventually into film production. Mr. Taurani transformed film production and made Tips Industries the leading movie production house of the 90’s. Alongside delivering a long list of veritable superhit films under the Tips banner, he has also built one of India’s most vibrant and sought after music catalogues. His music curation and distribution excellence have made Tips a household name in India and even in neighbouring countries where Hindi Films and Music are consumed.

His vision and business acumen have also served the music industry. As part of industry bodies and societies he has been instrumental in crafting various agreements between music labels, artistes and consumers which enabled implementation of the various provisions of The Copyright (Amendment) Act 2012 by all industry participants. His deep understanding of the Media and Entertainment Industry and his openness to change have enabled Tips to successfully navigate the various shifts in consumer preferences and technological disruptions that have buffeted the industry over the past two decades.

Under his able leadership, the Company has achieved new milestones, created more jobs and contributed to society, thereby creating significant value for all its stakeholders.

Mr. Ramesh S. Taurani holds a Bachelor’s degree in commerce and is a Promoter and Director of the Company. His passion for films from an early age has honed his understanding of the film and music business. Over the years he has developed a sharp skill for music curation and film visualisation. As Tips Industries branched out into film and music production, he has shouldered the responsibility for creative aspects of the business. He is widely credited for delivering several blockbuster films and bringing together several leading artistes for film projects, a difficult task for anybody in the industry. His deep network in the film fraternity is a source of strength for the Company.

His experience spanning 40 years in the Media & Entertainment Industry has helped him to develop key insights into the creative process and the craft of film making. He keeps a pulse of the ever changing demands of the audience guides the Company to keep up with the latest trends. Over the years, Mr. Ramesh Taurani’s contribution to the creation of the Company’s film and music libraries has been immense.

From 1993 to 2006, as an officer of the Indian Police Service, he held various positions with the Government of Kerala, including as the Commissioner of Police, Kochi City.

Mr. Thomas graduated with a Bachelor of Technology in Civil Engineering from the Indian Institute of Technology, Madras. Post that, he pursued his Master of Business Administration in Finance from A.B. Freeman School of Business, Tulane University, USA. 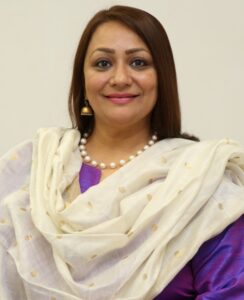 She has worked with Mulla & Mulla, Cragie, Blunt & Caroe, Advocates and Solicitors, Mumbai, Arthur Anderson & Co, Mumbai and as a Partner in Udwadia & Udeshi, Solicitors & Advocates, Mumbai. Currently, she is a Partner with Shardul Amarchand Mangaldas & Co.

She has worked on a wide range of transactional, regulatory and legal risk management advisory including project finance for infrastructure projects and development, intellectual property rights related issues and transactions relating to entertainment, information technology and pharmaceutical industry, property laws and real estate transactions, alternate dispute mechanism strategy, legal risk management and contractual documentation. Focus of her work over the years has been to structure transactions, provide strategy, documentation and negotiation in respect to complex and sensitive transaction and/or situations across industry verticals including real estate, infrastructure, insolvency and bankruptcy. 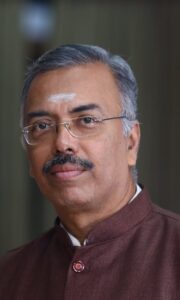 Mr. Venkitaraman S. Iyer holds Master Degree in Commerce and is a Practicing Chartered Accountant, having wide range of exposure and experience in the field of Corporate Laws, Finance, Audit and Taxation matters. He has worked with Prebon Yamane Group of Companies in its Indian operations during the 1993-2006. He was also involved in advisory capacity in number of blue chip companies covering various industry segments viz., manufacturing, engineering, entertainment, infrastructure, real estate, telecom and financial services. He has been associated with leading structural and design consultants for feasibility study of BOT and BOOT projects of NHAI regarding Tuticorin Port Road Connectivity Project, Chelari-Kuttipuram Highway widening project, Cochin Airport (CIAL) proposal and Pondicherry Govt. proposed entertainment complex. He was also an Independent Director on the board of MTNL Ltd and Tips Industries Ltd.

Ms. Jaya Taurani holds a bachelor’s degree in law from the UK. She has joined the Company as Director on August, 2018. She has developed a deep understanding of the dynamics of film production. She has applied considerable effort to streamline the shooting schedules and to ensure completion within budget while meeting timelines. She is also developing relationships with artistes and craftsmen involved in the film industry with a view to scale up production activities. She is also deeply involved in shortlisting scripts for finalisation and has a knack for visualising story lines that appeal to the audience. Her contributions are vital to the growth of the Company.